The late 1930s and the decade of the 1940s were the best years for me. There was unrelenting excitement stirring, something brewing all the time. It was thrilling to see the big stars come into my foyer. They had a certain mystique that made them different from, say, the directors and producers they came to see. Maybe it was the way they carried themselves or the confidence that comes from being famous. They looked untouchable, almost celestial and proudly belonged within my imposing walls.

The last successful, uncomplicated period for MGM, and thus for me, was the early part of 1948. After that, things started to tilt in all the wrong directions. I heard rancorous talk about the “Red Scare,” how there were Communists on every set. The paranoia and betrayal seemed to carve up the studio, creating anxiety and tension. As if that weren’t enough to shake my foundation, I would hear hushed discussions about a new enemy—the rise of television—which was intruding on our box office grosses. One director speculated that people now wanted to sit at home and be entertained for free. No dressing up, no babysitter and they could get up and use the bathroom during the commercials. Mayer talked to many of his trusted cadre about how to respond to the challenges, but no one dared to be honest with him.

I heard one of the producers whisper to another in the men’s room,

“These GIs don’t want to sit through lightweight musicals. They’ve been through hell. We have to give them more grit, more reality.”

But those who cautiously broached the subject found Mayer to be in adamant disagreement. “MGM represents the best in us, in our country. We’re representing an ideal. It’s what they fought for. Home and family. Happy endings. That’s what we’re about here.”

Just a short year ago, Strickling had arranged to pose all the MGM players on risers in a group photo, demonstrating our solidarity and endurance. It was one of the last optimistic moments I can remember.

Mayer had been used to getting his own way, I guess, so he didn’t see the hammer coming. But I sure did. I remember it so well, as if it had been carved on one of my pillars. It was an unseasonably chilly day in the fall of 1950. When the six unsmiling men in dark suits got into the elevator, I had a strong sense of foreboding. The look on Mayer’s face when they walked into his office chilled my marble. I’m sure there was tearful condensation on my walls the day they moved his furniture out of the building.

Mayer was replaced by Dore Schary, a man who actually enjoyed making those realistic dramas, which were often filmed in black and white. I sure didn’t like the fact he redecorated Mayer’s office so quickly. Such a lack of respect for history and tradition. I wondered what my fate might be, too, especially when Schary couldn’t resuscitate the studio’s bottom line.

The zeitgeist had visibly changed and so had the population entering my halls. One by one, I observed the legends of Hollywood slowly drift out of the building, obviously in distress. I wondered how Elizabeth Taylor or Errol Flynn felt as they drove off the lot for the last time, both long-time MGM employees.

Now there were fewer productions, lower budgets. Even the furniture seemed to be ratty and downsized. Some my offices were empty, which embarrassed and saddened me. When our sound stages were more often used for television production than film, my walls would wobble with worry. The office name placards were in a constant state of turnover. After Schary, Mayer’s office seemed like it was rented by the hour. It looked like no one cared about me anymore. My interior lost some of its gloss, the floors were no longer polished every night and my grass wasn’t kept to its trimmed state as often as it was when Mayer was ruling over us. I missed the gentle massage of my front steps being lovingly swept several times a day. Even the fact that light bulbs weren’t quickly replaced was symbolic of my noir feelings. I was becoming a shell of what I once was, the proud altar of the best studio in history, the one “with more stars than there are in the heavens.” Now it felt more like a black hole.

By 1970, I could see outside my windows that MGM had almost become a ghost town. Even more alarming, there were animated discussions about a big auction, where all the props, sets, costumes and other artifacts from our golden years would be sold to the highest bidder.

When many of the decaying back lots were sold off to real estate developers, I thought the worst was over. But on several occasions, I saw fire trucks race past me in the middle of the night. The guy who was currently residing in Mayer’s office couldn’t figure out who was setting these fires. I wondered if I would be next. After all, no one represents the prestigious legacy of MGM more than I do.

Like the Ancient Mariner, I have survived, if not happily. I cringed and creaked when MGM’s rival Columbia bought what was left of us. I can still recall hearing Mr. Mayer years ago on the phone with that coarse Harry Cohn, the bully who ran Columbia, screaming threats then slamming down the phone. Both of them would be turning over in their graves, Cohn with delight that he had finally trumped his rival. When Sony bought Columbia, MGM was MGM in name only. Even our magnificent film vault had been sold. It became chilly inside, even in the summer.

Now, we’re basically a TV studio, housing the perennial game shows, “Jeopardy” and “Wheel of Fortune.” When someone walks my halls these days, there are echoes—not merely because of the emptiness, but as a reminder of what we once were. People come and go quickly. The halls smell musty and my formerly white façade has faded to a dirty gray. I can’t help but think about all the DNA that still resides in my metaphorical walls.

When the public takes the studio tour, they pass by me only briefly. Few know who I once was. If they recognize me, it’s because I stood in as a school, or hospital or a prison in a film they remember. Now, instead of “Metro Goldwyn Mayer” prominently displayed over my door, it says, “Columbia Pictures.” There’s just a small plaque with my real name, “The Irving Thalberg Building” off to one side. I have lost my identity.

If I’ve learned nothing over these past 80 years, it’s that everything inevitably changes in Hollywood. Tomorrow, I could be reborn once again, as the nucleus of a new and even more glorious Eden of creativity. In my darker moments, I worry that I’ll be converted into condominiums. As always, though, I’m standing straight, optimistically awaiting my next incarnation.

And yet, I have to admit I would give my entire fourth floor to hear the din of Mr. Mayer bellowing again. 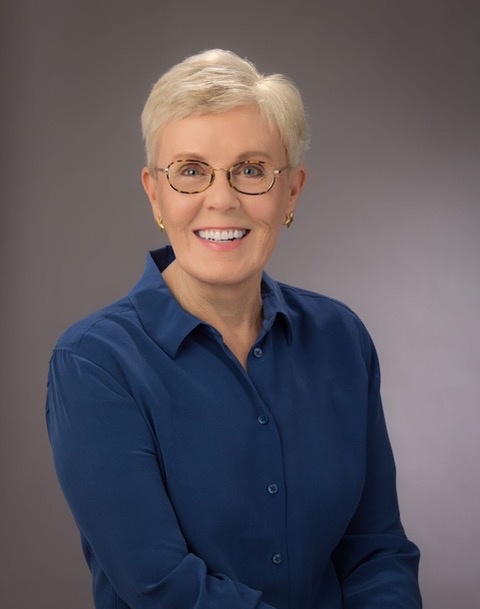 Pam Munter has authored several books including When Teens Were Keen: Freddie Stewart and The Teen Agers of Monogram and Almost Famous. She’s a former clinical psychologist, performer and film historian. Recently, her essays, book reviews and short stories have recently appeared in more than 130 publications. Her play, “Life Without” was nominated for Outstanding Original Writing by the Desert Theatre League and she has been nominated for a Pushcart Prize. Pam has an MFA in Creative Writing and Writing for the Performing Arts, her sixth college degree. Her memoir, As Alone As I Want To Be, was published in 2018.